Who has the most beautiful colors? 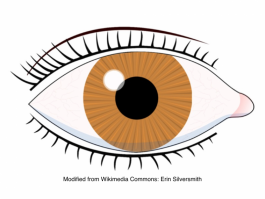 The visual sense is of greatest importance for us humans: by receiving and processing light signals, our eyes transmit information about shape and color of the objects in our surroundings.
The German word for color - ‘Farbe’ - derives from the Old High German term ‘farawa’. It initially denoted general features or characteristics of an object. Only later the term was used to refer to pigmentation and colorfulness. 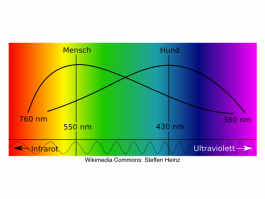 Most primates - and therefore humans - can perceive colors and conceive them as prominent characteristics of material.
Colors play an important role for our participation in life - in terms of orientation in time and space as well as integration into our social and cultural environment.
All humans, regardless which culture they originate from, perceive the colors of the rainbow through the same physiological mechanisms and respond to various wavelengths of light in a comparable way. 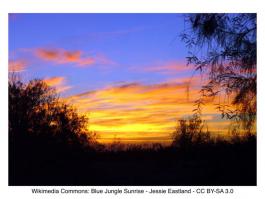 The colors of dawn, sky blue or different shades of plants trigger functional responses in human beings, which e.g. serve optimal adaption to the surrounding environment. Therefore, it is easy to understand that colors not only have an effect on the psyche but also on our metabolism and hormonal balance. Many vegetative functions, meaning bodily processes of which we do not have to take care consciously, respond to colors in specific ways. 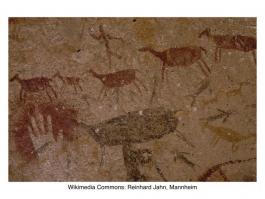 The purposeful use of color already shows in the earliest cave paintings. It constitutes a central theme throughout the history of humankind - from classical antiquity up to the present. Religion, history of art, architecture: no field of human existence can do without color. Therefore, it is easy to understand that colors play a growing role in medicine. 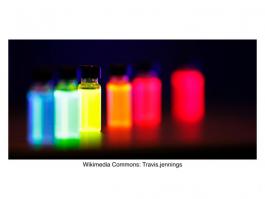 Academic medicine still struggles to acknowledge that colors have more than just a psychological effect, but a growing number of scientific findings can explain why and how colors also operate on a photochemical and photobiological level within the human organism. To this we can add the fact that especially in the fields of medical imaging and medical analysis colored light has been widely used for a long time: the purest colored light can be found in high-tech laboratories of research institutions, for e.g. precise measuring of blood components or analyzing cell functions.

Under laboratory conditions the various molecules of life can be clearly defined by their specific absorption characteristics (thus, the ability to retain certain wavelengths and release others). Why should this very ability not play an important role in the human organism itself? It is likely that exactly this ‘optical fingerprint’ of a molecule is accountable for its ability to react or not with other molecules. Biochemistry alone can not explain why chemical reactions in the human body take place in a controlled manner – one has to take the exchange of electromagnetic energy into consideration: the vital function of colored light!